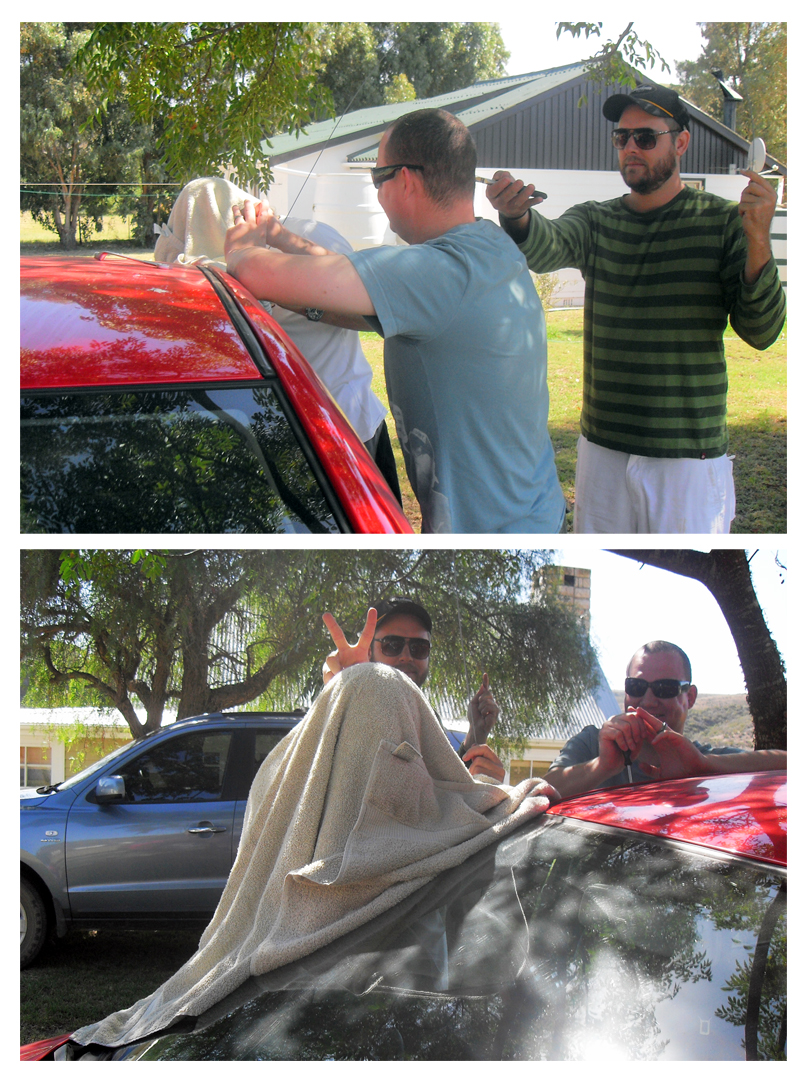 Image by mallix
Jakkie lost her keys – so we spent the better half of Sunday morning looking for them. This is Kev breaking into the car where we thought they were (the towel was to stop glare) – until Kat found them under a cushion in the bedroom – where Von Brandis had hidden them the day before. EPIC FAIL