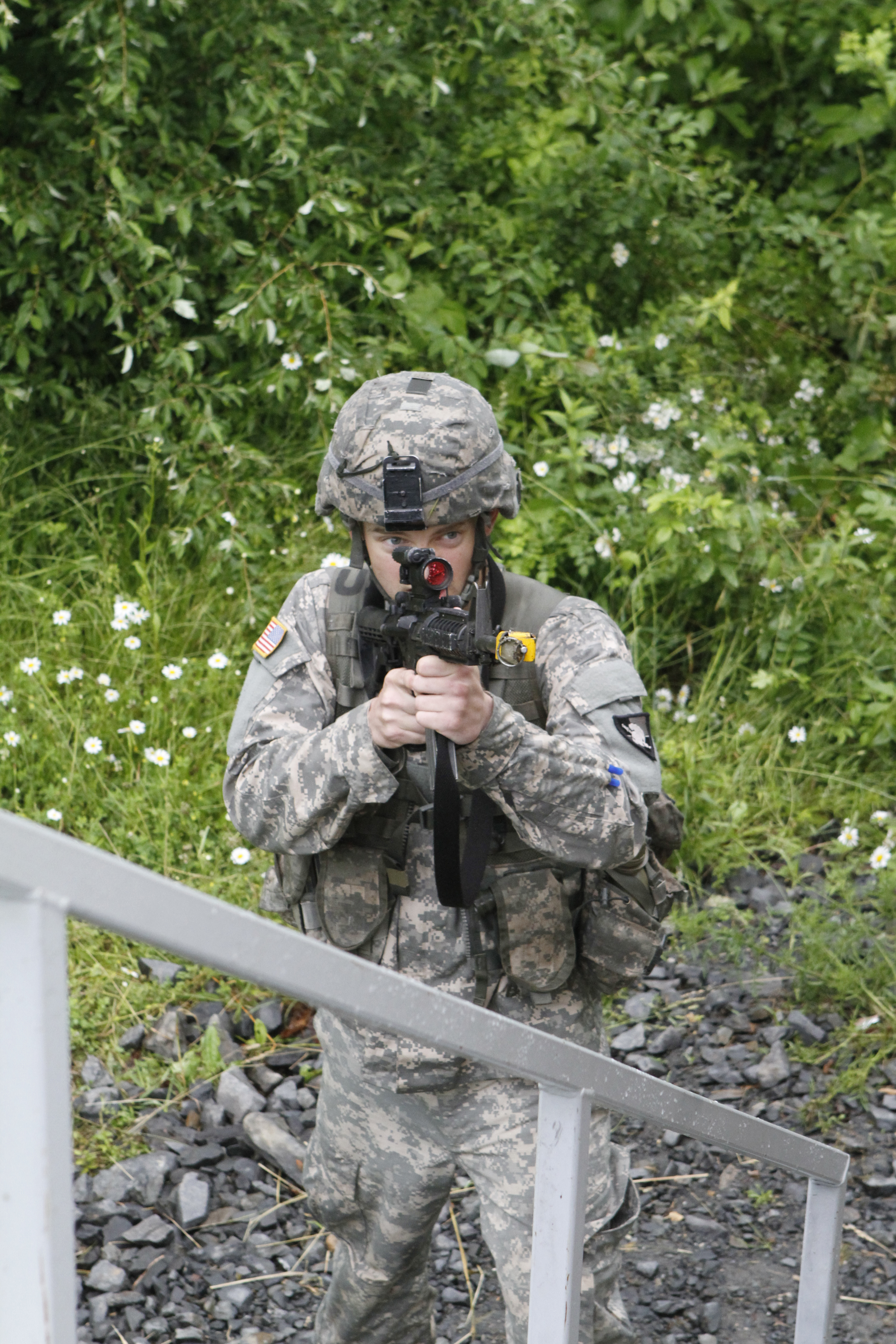 Image by West Point – The U.S. Military Academy
Members of 1st Platoon, Company A, conduct a raid on a village where they were to either capture or kill a high value target. In the ensuing chaos, a civilian was killed, and the unit suffered two wounded and seven killed. This was an offensive scenario with Class of 2014 Cadet Kwame Addo as platoon leader and Class of 2014 Cadet Garrett Kennedy as platoon sergeant. Cadet Leader Development Training for cadets in the Class of 2014 and Class of 2015 is designed to develop and test their abilities to make decisions under stress and solve tactical problems as complications are compounded throughout the scenarios they encounter. It’s mostly platoon-level training and is considered the capstone leader development event of the 47-month cadet experience. One major change to CLDT this summer is a new grading system. Previously, the training was on a GO/NO GO basis, unlike Cadet Basic Training or Cadet Field Training where cadets are graded based on performance. For CLDT, guidance from platoon and company trainers on performance is accepted though final grading authority is left to primary observers. Not only are the platoon leaders graded, but the top three performing platoons were visited by the CLDT command team and the platoon chosen as best will receive the Commandant’s Platoon award during a ceremony June 15. U.S. Army photo by Mike Strasser/USMA PAO

This Addo Village, Addo image was automatically curated and published with WP Robot plugin – CLICK HERE to learn more about WP Robot for WordPress – a massive time and money saver.